Sweden: The Swedish flag was banned at elementary school by the principal

SWEDEN The students at the Swedish elementary school Söndrumsskolan got a public message from the school principal saying that all use of the swedish flag is prohibited. – We want to make sure the students do not offend anyone using the flag, principal Hans Åkerman told Nyheter Idag.

This article is translated from Swedish to English due to big interest from foreign readers around the world. I did the interview myself with the principal and we got the screendumps with the new ”flag-rules” from a student at the school. I also added some information about the ”possible” background of the new rules. /Chang Frick, journalist at Nyheter Idag. Click here for the original article in Swedish.

The elementary school ”Söndrumsskolan” is located in Halmstad, south Sweden. The school has previously attracted media attention when the school management ordered a graffiti painting on one of the school walls by artist Carolina Falkholt. The painting visualize the spreading of naked women’s legs wearing fishnet stockings. This attracted strong criticism from local politician Håkan Wallin (FP). Now a new infected debate flared up at the school when the school administration has issued new rules on how to use the Swedish flag.

A masquerade, where a student painted his face in the Swedish flag colors and even used a toy gun, has provoked reactions from the school board on Söndrumsskolan (Söndrum School). Principals Hans Åkerlund and Maria Rüter has now informed about the new rules for school activities.

The rules communicated from the two principals states that the Swedish flag is banned for use with the exception of public ’flag days’ in the calendar, such as the swedish National Day, and in the event of international exchange with foreign students. Any other use of the Swedish flag is prohibited. When ’Nyheter Idag’ spoke to principal Hans Åkerlund he explains the idea behind the new rules.

He claims that using the flag in a wrong manner could offend students. However, when asked, principal Åkerman says it have not been any previous problems at the school where anyone felt offended by the Swedish flag, nor did the student have any bad intentions with his swedish flag face painting.

– The rules is a preventive measure, Åkerlund says in telephone when we speak with him.

The original story, dated 23:rd December, sparked debate on social forums in Sweden. Critics claim that this is typical behaviour of anxious employees working within the public sector, where decision-making easily go wrong. On twitter, some people claimed this story was related to Islam or muslims, but there is nothing that provides support for that theory.

Still, it wasnt clear who the principal thought might be offended by the Swedish flag. When we spoke to him, he meant that students from different backgrounds might get offended, without clarify it more than that.

The written rules state that using the Swedish flag in a wrong manner could constitute the crime ’hate speech’. When asked about this, principal Åkerlund explained that ’students with foreign background could get offended if they see someone wearing a Swedish flag, especially together with a toy gun’. 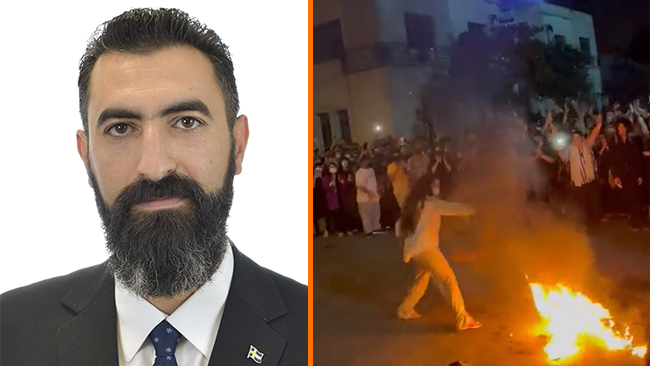 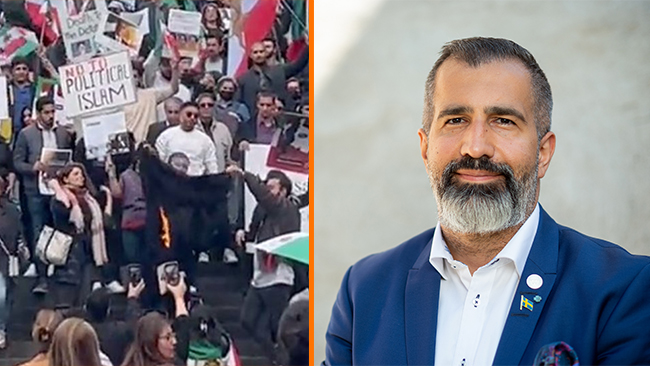 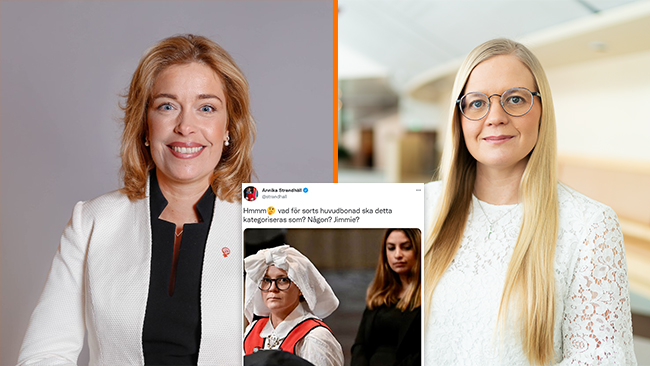 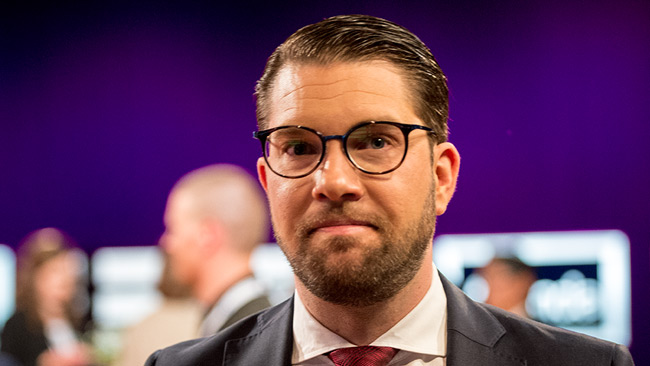